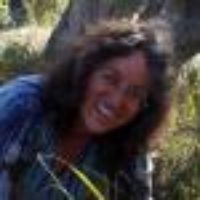 The basket traditions of the Ohlone—the indigenous peoples of Point Sur, Monterey Bay, and lower Salinas Valley—had essentially vanished, the result of missionization and the other cultural impacts that followed.  There were no remaining Ohlone basketweavers, and the baskets themselves are rare, with only two to three dozen of the old baskets known to exist worldwide.

About 20 years ago, Ohlone basketweaver Linda Yamane began researching these remaining baskets.  Studying ethnographic field notes and tapping into the knowledge of contemporary basketweavers who use the same plant materials as the Ohlone, Linda made her first traditional basket in 1994.  It was the first Ohlone basket to be made in over 150 years.

Ohlone baskets are made of plants native to California’s Central Coast, primarily willow shoots, sedge rhizomes, and bulrush rhizomes.  These must all be harvested in their season, processed, dried for several months, then cleaned and trimmed before weaving.  The process is slow and labor-intensive.

As a master artist in ACTA’s Apprenticeship Program in 2014, Linda shared with her apprentice Vera Bocanegra Powers the cultural significance, practical functions, and medicinal attributes of Ohlone native plants.

In 2010, Linda participated in ACTA’s Apprenticeship Program with Carol Bachmann.  The apprenticeship focused on the construction of a feathered basket.  Ohlone feathered baskets involve a labor-intensive three-rod coiling technique.  In addition to the delicate work of incorporating fine mallard duck feathers throughout the outer basket wall, the baskets are adorned with quail topknot feathers and abalone shell dangles.

Linda and Carol also participated in the inaugural round of ACTA’s Apprenticeship Program in 2000.  During the apprenticeship, Linda taught Carol to make a twined walaheen, a complex, twined work basket used for winnowing and seed roasting.  It is made from willow, sedge, and other roots, twined together in a complex “herringbone” pattern, revealing a diamond design.  The diamond pattern is made not by introduction of a different plant material, but by a unique variation of the twined stitches. 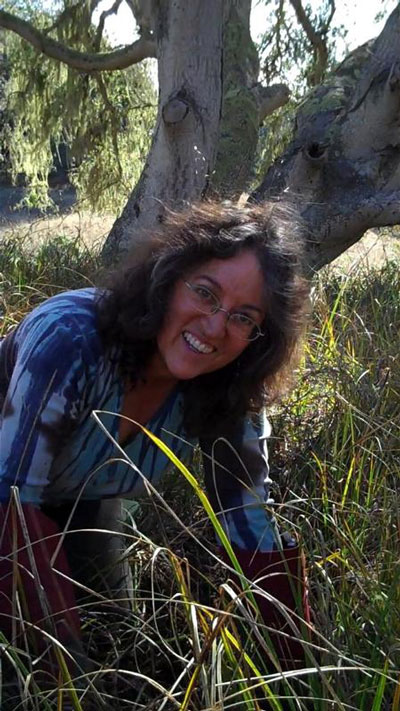 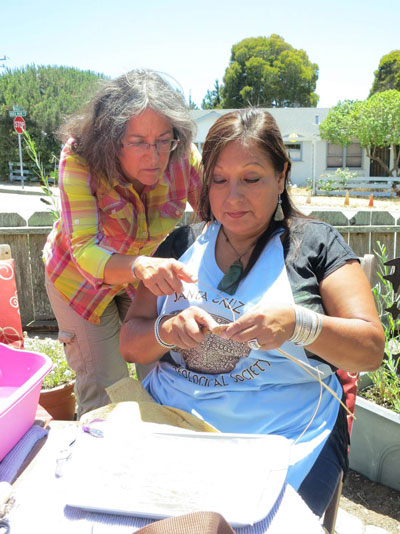 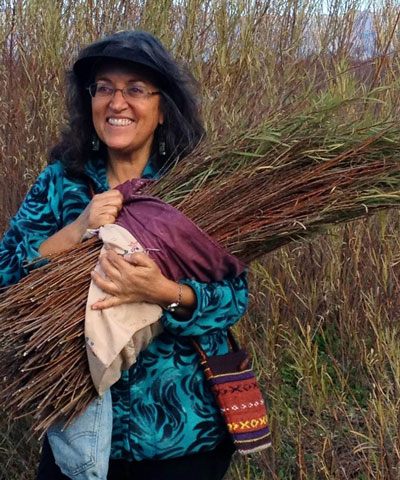 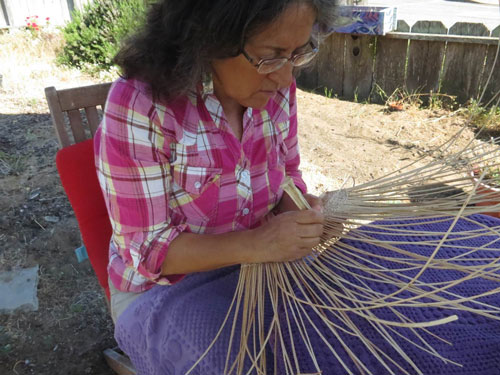 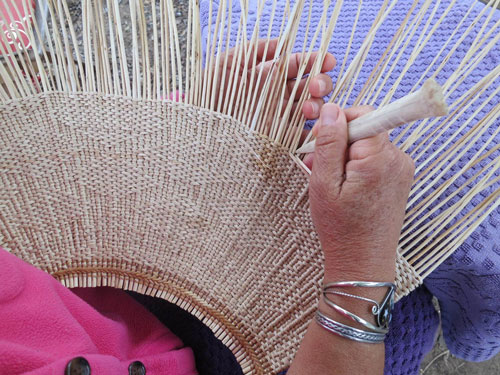 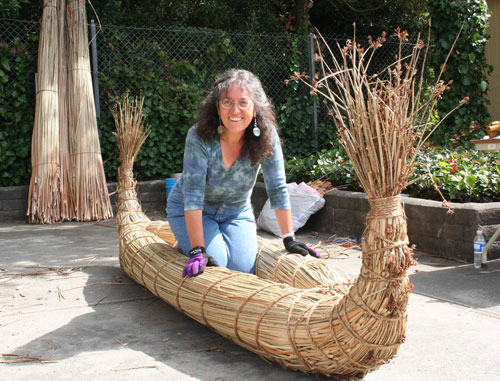 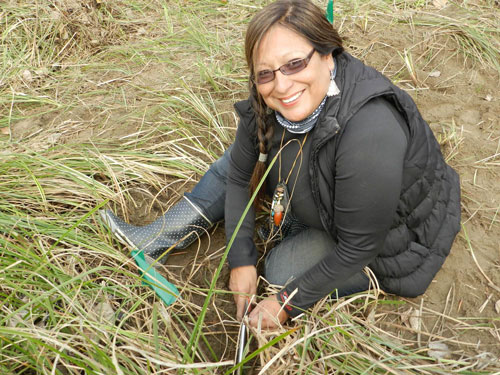 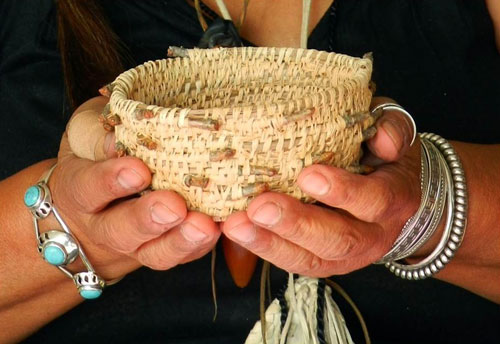