ACTA staff, board members, and friends from the field at the historic Requa Inn in Humboldt County. Photo by Shweta Saraswat/ACTA.

NOTE: ACTA staff members are currently working from home in adherence with local stay-at-home policies. Email remains a reliable way to reach us.

Amy co-founded the Alliance for California Traditional Arts (ACTA) in 1997. Understanding California’s unique position as the nation’s epicenter for diverse cultural and multi-national communities, ACTA’s work has focused on social change through grantmaking, capacity and leadership development, technical assistance, and bilingual program development. Trained as a public folklorist with an M.A. from UCLA, Amy has piloted participatory cultural asset mapping in neglected and rural areas of the state and consults with other organizations and across sectors on this method of discovery and inclusion of community voices.  She continues to serve as a consultant for many national organizations and has taken part in two U.S.-China Intangible Cultural Heritage exchanges. She has published on a variety subjects involving California folklife, including immigrant arts training and transmission, and Asian American folk arts. She served on the board of the national Grantmakers in the Arts from 2014 – 2020, and in 2017 was appointed by the US Congress as a Trustee of the American Folklife Center of the Library of Congress. By 2019, she was elected as Chair of the American Folklife Center. Amy and husband Hugo Morales are the proud parents of twin boys who dance and sing with regularity. Photo by Craig Kohlruss. 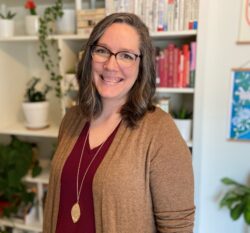 Suzanne began working with ACTA in 2005, and has served in varying capacities in the organization’s administration and communications programs over the past 16 years. She has worked as ACTA’s website and monthly newsletter editor, executive assistant, as well other roles in grants and program administration. She holds a degree in English from California State University, Fresno. Suzanne returned to ACTA in 2021 to serve as Executive Assistant. 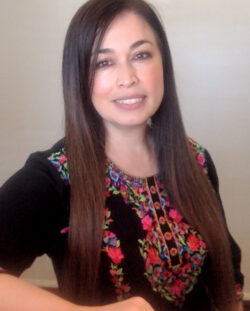 Dr. Leticia Soto Flores is an ethnomusicologist, educator, and musician. She received her B.A. in Economics (2001), where she gained extensive administrative skills in the realm of database design and financial reporting. Having long been a mariachi musician in Los Angeles (since 1991), she pursued an M.A. in Ethnomusicology and interned at Smithsonian Folkways and the Center for Folklife and Cultural Heritage, Washington DC. Leticia received her Ph.D. in Ethnomusicology (2015) with her dissertation entitled “How Musical is Woman?: Performing Gender in Mariachi Music.” Combining her two passions, economics and ethnomusicology, in April of 2012, she was appointed founding director of Mexico City’s Escuela de Mariachi Ollin Yoliztli en Garibaldi, Mexico’s first formal mariachi music academy. During this time, she served as assistant producer and host of the radio program “Voces de la Escuela de Mariachi Ollin Yoliztli” in Mexico City, featuring the school’s progress and her dissertation research. Leticia’s work as an ethnomusicologist grew out of her profound value for diverse cultural traditions, issues with intangible cultural heritage, the transmission of musical traditions, and the folklorization of traditional performance practices. While many of her publications have centered on Mexican music (many published in Spanish), she has also conducted ethnographic music research in Mexico, Spain, Egypt, Israel, Croatia, Brazil, and Colombia and performed with UCLA’s takht (Middle Eastern) ensemble. Her experience as a mariachi musician began in Los Angeles and extended into Washington DC and Mexico, where she also directed her all-female ensemble “Mariachi Tradicional Femenil Flores de Mexico.” Leticia comes to ACTA as a Development Manager and is responsible for the development, execution, and tracking of funds. She is an adamant supporter of ACTA’s mission to safeguard diverse cultural traditions by providing transmission opportunities for traditions to be sustained and unique spaces in which to flourish. 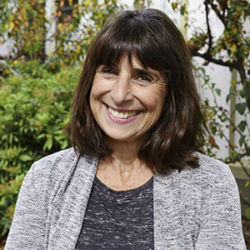 Lily began working with ACTA in 2005 as the Living Cultures Grants Program manager.  In her 14 years with the organization she has contributed to the development of traditional arts roundtable series (TARS), Community Leadership Program, provided technical assistance, advocacy locally and nationally and has served on many review panels for arts funding.  In her new capacity as Special Projects Manager, she will continue to bring her training in dance and anthropology (UCLA, Dance Ethnology) and many years of working with community based arts practice. 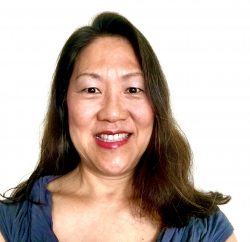 Melody is a multi-faceted artist trained in Japanese classical dance, taiko, and shamisen, a Japanese string instrument. In addition to training with master artists in these forms, Melody has also pursued interdisciplinary work collaborating with jazz artists, poets, contemporary dance, and film for the last 20 years. Melody has been part of the ACTA family for many years, since taking part in ACTA’s Apprenticeship Program in 2003 under the mentorship of shamisen master artist Hideko Nakajima (1935 – 2019). Melody joined ACTA’s San Francisco office in 2021 to manage our new Sankofa Fund grant program. 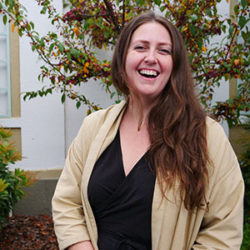 Jennifer is a Pasadena-based cultural worker and public folklorist committed to supporting artists and communities through an anti-racist practice. Jenn came to ACTA from the Mississippi Arts Commission where she served as the Folk and Traditional Arts Director since 2014, administering traditional arts grants, providing consultation to artists and organizations, revived and managed the digital publication Mississippi Folklife, and led fieldwork projects related to a wide range of cultural arts practices. Jennifer also worked in digital media for SPACES Archives, a non-profit archive dedicated to documenting and advocating for the preservation of international art environments. With an M.A. in public sector folk studies from Western Kentucky University and a B.A. in folklore and ethnomusicology from Indiana University, Jenn has worked with museums, archives, festivals, and cultural organizations on the federal, state, and local level, including positions or residencies at the Smithsonian’s Center for Folklife and Cultural Heritage, Traditional Arts Indiana, the Kentucky Folklife Program, the John Michael Kohler Arts Center, the Country Music Hall of Fame and Museum, the Highlander Center for Research and Education, and Epicenter. Jenn was raised in the coastal city of Encinitas in San Diego County. She joined ACTA in March 2017, where she directs ACTA’s media efforts, manages the Apprenticeship Program, co-leads the Traditional Arts Roundtable Series in Los Angeles, coordinates technical assistance offerings, and supports the statewide Sounds of California project. 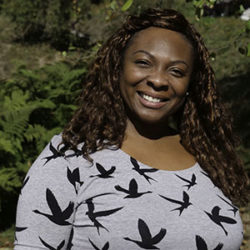 Kenya has over ten years of experience in administrative work. In 2014, she graduated from California State University, Fresno, with a degree in Criminology and a legal studies certificate. She began at ACTA as the Arts in Corrections (AIC) program coordinator for ACTA’s contracts, coordinating the day-to-day program administration including assisting the artists with their supplies, processing invoices, data entry and other daily AIC operations. In 2021 Kenya became the AIC Program Manager. Kenya joined ACTA in November 2010. 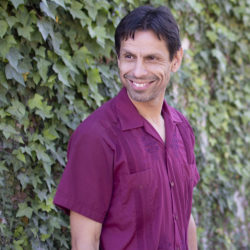 Quetzal has extensive experience as a community organizer, cultural worker, and accomplished artist. As the son of labor union organizers, Flores inherited an undying accountability to community struggles. From land struggles with South Central farmers, immigration reform, supermarket workers union strike, and the indigenous Zapatista struggle, to the everyday community struggles in East Los Angeles, he has been active with music in hand. Since 1993, has been the musical director for the Grammy-award-winning East Los Angeles-based rock group Quetzal, whose fifth album, Imaginaries, was released by Smithsonian Folkways in 2012. Since 2002, Quetzal has been a central figure in Fandango Sin Fronteras, a transnational dialogue between Chicana/o musicians and artists from California and Mexicano musicians and dancers from Veracruz, Mexico. Flores has served as an instructor for the Migrant Education Program in Boyle Heights and the Program Coordinator for the American Music Partnership of Seattle in 2008. He speaks fluent Spanish. Flores joined ACTA in May 2012, and is currently working as a part-time Program Manager with the Building Healthy Communities program in Boyle Heights. 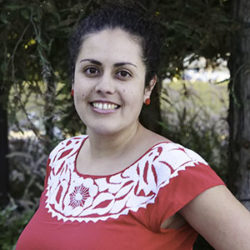 Betty Marín is a cultural worker from Wilmington, CA. Her work uses popular education and language justice to create spaces that encourage learning, dialogue, and solidarity between different communities. Currently some of this work happens with the LA Tenants Union, and previously with the language justice collective Antena LA, and several other independent projects. With the Alliance for California Traditional Arts, she supports artist fellows to integrate the traditional arts and cultural practices in health equity campaigns, co-curates a roundtable series to share resources and create exchange between traditional artists, and co-manages a community based sound archive about stories of cultural belonging and struggle in Boyle Heights. She has contributed curriculum for ACTA’s Arts in Corrections program and will begin managing their Reentry program in 2022 integrating the traditional arts into facilities for people recently released from prison or transitioning out. She graduated with an MFA in Art and Social Practice from Portland State University. As a student, she edited a book titled Art and Education, centered on a conversation with artists and educators Pablo Helguera and Luis Camnitzer. Betty joined ACTA in July 2018.