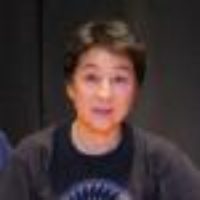 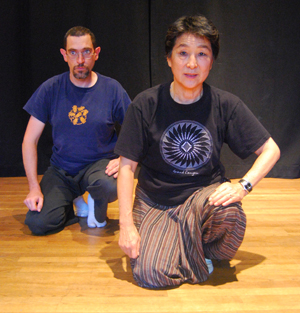 Tracing its history back over six hundred years, Kyogen is a dialogue-based theatrical art form which expresses human emotions and emphasizes comedy.  Traditionally, Kyogen has been developed and performed in tandem with Noh, a poetic, danced theater drama.

Kyogen requires an extremely high level of vocal and physical control.  Speaking, storytelling, and singing are three distinct vocal disciplines.  Performers must master a wide range of physical movements as well: dynamic acrobatics, stylized dance steps, and precise pantomime.  Performers are trained to use exuberant facial expressions for comic effect.  Through these skills, performers are able to transform space and time and transport their audience to an unseen world.  UNESCO designated Noh and Kyogen as Masterpieces of the Oral and Intangible Heritage of Humanity in 2001.

Yuriko Doi began studying Kyogen as a graduate student of Waseda Univeristy in 1963.  She studied under Master Mansaku Nomura, now designated a National Living Treasure of Japan, intensively for two years.  She has continued his study with Mansaku Nokmura since then, traveling to Japan or hosting him or his main disciple, Yukio Ishida, in California.  Yuriko founded the Theatre of Yugen in San Francisco in 1978 as a place for the training and performing of Kyogen.

In 2008, Yuriko was a master artist in ACTA’s Apprentice Program with apprentice Lluis Valls, whom she has been training since 1991.  During the apprenticeship, lessons focused on traditional Kyogen songs and dances.  Yuriko and Lluis also worked on new translations of Kyogen plays Shuron and Nukegara, which Theatre of Yugen debuted in 2008. 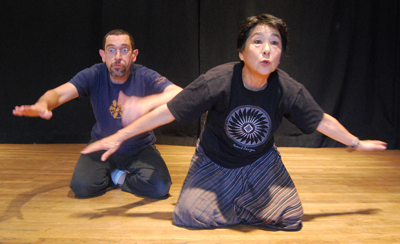 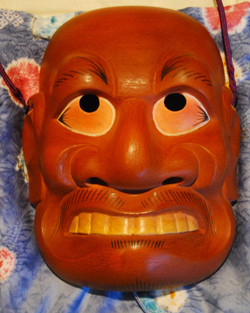