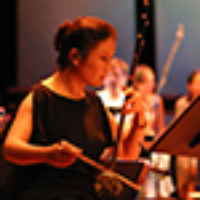 The erhu, also called nanhu, and sometimes known as the “Chinese violin,” is a two-stringed bowed instrument, used as a solo instrument as well as in small ensembles and large orchestras.  Sounding similar to a human voice, the erhu is a very expressive instrument, most well-known for playing melancholy melodies.

Xiaofeng Zhang has been playing the erhu for nearly 40 years.  She began her musical training at the age of 10 in Zhengzhou in the He Nan province of China, learning first from her father and then from Professors Li Xin and Liu Zhen Hua.  At the age of 17, Xiaofeng was accepted into the Junior Division of the Central Conservatory in Beijing.  After graduatingwith honors, Xiafeng continued her studies with Professor Lan Yu Song.  Of playing the erhu, Xiaofeng says, “Erhu became my profession; it was my happiness, my anger, my sadness, and my enjoyment.  Everything is tied to erhu.  Erhu is my responsibility: as I [grew] older,  I realized that I would not be able to play erhu someday.  Somebody has to take over.” 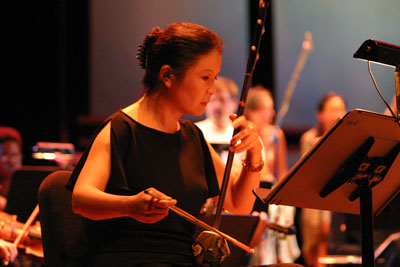 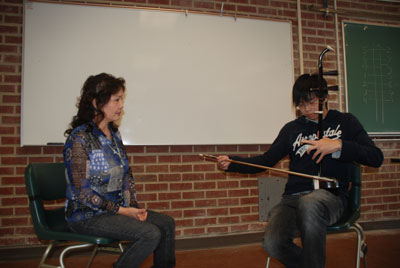