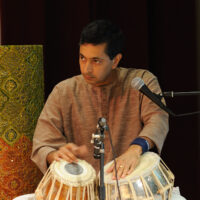 The tabla has been used for over 500 years to accompany North Indian classical instrumentation and vocal and dance performances, in addition to being a solo instrument.  The tabla is a set of two drums that are played while sitting on the floor.  The tabla (right drum) is tuned to the note of the music to be played and provides a variety of tonal combinations.  The bayan (left drum) provides the bass tones and, while keeping the rhythm, demonstrates a range of emotions.

To play the tabla, all parts of the hand are used; each movement or position of the hand on the tabla produces a different, specific sound, or syllable.  These syllables are combined to create complex sound combinations, and a player creates a musical poem in which they express a variety of moods.  There are thousands of such complex combinations that exist but they are not documented.  This musical vocabulary was, and is, passed from generation to generation by gurus (teachers) to shisyas (disciples or apprentices) via oral instruction.

Master tabla musician Ravi Gutala began learning the tabla in India at the age of 8.  He continues to receive advanced training from Guru Swapan Chaudhuri, his guru for the past twenty years, at the Ali Akbar Khan College of Music is San Rafael.  Ravi was a 2010 participant in ACTA’s Apprenticeship Program with apprentice Saurabh Davala.  Their apprenticeship developed Saurabh’s technical proficiency in playing speed and clarity, skills to accompany vocals and instrumentation, and understanding of taals (rhythmic cycles), and improvisational ability, all within the Lucknow gharana (school or family) of tabla-playing. 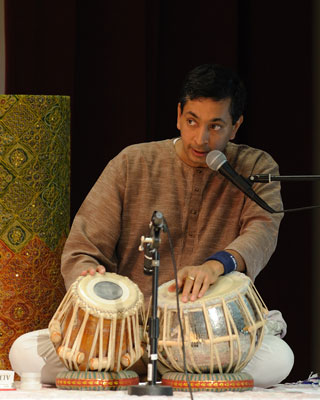 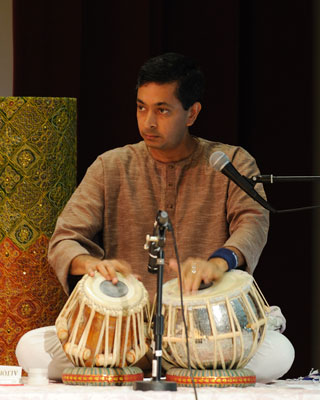 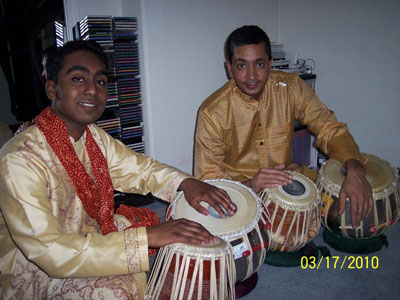