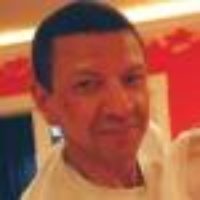 Peruvian Marinera — an elegant stylized, elegant reenactment of courtship — is the national dance of Peru.  With African, Spanish, and indigenous, Inca origins, the Marinera has three varieties: the Marinera Limeña, the Marinera Norteña, and the Marinera Serrana.  In the north of the country the dance was simplified (Marinera Norteña), in Lima (Marinera Limeña) it became more complex and stylized over time.  Each variety has its standards for performers to follow, and formal competitions are held all over Peru, culminating in the annual National Competition of the Marinera.  The Marinera Norteña is characterized by its quick pace, refined footwork, passion, and the integration of handkerchiefs and wide-brimmed hats into the dance.  The Marinera is accompanied by four Spanish guitars, a cajón (Afro-Peruvian wooden box drum), spoons that substitute for Spanish castanets, palmas (handclaps), and sometimes vocals.

Nestor Ruiz was Peru’s national dance champion in 1978.  He has been dancing since childhood, since Marinera is “a tradition that everyone dances, young and old” in his native Peru.  With the growing number of Peruvians immigrating to the Bay Area, Nestor founded El Tunante Dance Ensemble in 1999 to promote Marinera within the youth of his community.  Nestor has taught thousands of students and is a highly sought-after instructor of the Marinera.

In 2008, Nestor was a master artist in ACTA’s Apprenticeship Program with apprentices Stephan Sester and Gabriela Shiroma.  Their apprenticeship focused on refining Stephan’s technical ability, musicality, and virtuosity in order to eventually compete in the annual national competition in Peru. 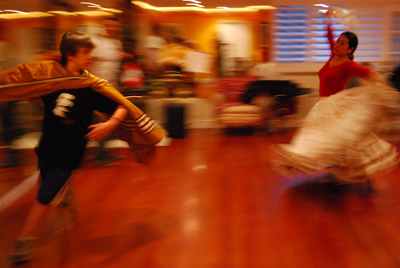