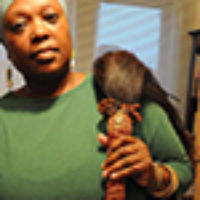 The Yoruba Lucumí religion was brought to Cuba through the West African slave trade.  After about three centuries of disruption from their African origins, the Yoruba Lucumí religion developed among slaves and their descendents.  Michelle Martin is a priestess in the Yoruba Lucumí religion and a master beadworker.  Having learned from a multitude of elders in her religious lineage—including her godfather, NEA National Heritage Fellow Felipe García Villamil—Michelle has been studying Yoruba Lucumí beading for over 20 years.  Of her beadwork, Michelle says, “[These articles] are intricate and beautiful, yet each article holds tradition and history.  They are physical manifestations of a long line of ancestors in our tradition who held steadfast in their beliefs.”

Michelle participated in ACTA’s Apprenticeship Program in 2010 with her godchild and apprentice, Mudzima Brown.  Their apprenticeship focused on the creation of religious and ceremonial items dedicated to orishas (or deities)—including ileke necklaces worn by practitioners, the ileke-masso worn by initiates into the priesthood, and the iruke fly whisk—involving ritual preparation with herbs and prayers.  Michelle guided Mudzima on the selection of beads, determining correct bead color, size and measurement respective to the proscribed parameters of each item, and in beading design. 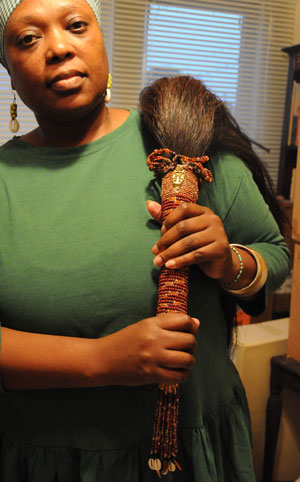 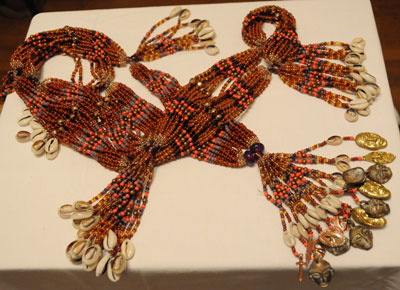