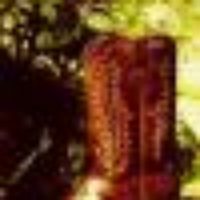 In the post-Civil War era, many men on the western frontier were fortunate enough to own a pair of cavalry boots brought home from their service with either the North or the South.  Others bought boots turned out by the early boot makers like Hyer of Kansas, Justin in Texas, or boots by Frye, one of the original western boot makers.  The styling of these boots had important functional value with a pointed toe, so the foot found the stirrup more easily, and a high heel that helped hold it to the stirrup without sliding through or to dig into the earth when holding roped animals on foot.  In the 1920’s, Hollywood and rodeo influenced the styles through the introduction of bright colors and extensive leather inlay work.  Today, cowboy boots may serve either fashion or functional purposes or both.

Luis Jovel has made thousands of shoes.  He began at the age of 13 in his father’s shoe shop in El Salvador.  When Jovel immigrated to Los Angeles in 1982, seeking refuge from the civil war in El Salvador, there were job prospects for cowboy boot makers, but not shoe makers, so he adapted his traditional skills to a new medium.  In the last twenty years as a boot maker in Fresno, he has averaged one pair a week.  For him, making boots is a way to express his creativity: “I want the customer to feel that what they are getting comes from an artist, not just a boot maker.  I always give my best and that’s important for me, to give my best in every detail of my work… It’s something I learned from my father — to do our best and remember that there’s always space to improve.  I’m still improving.”  The people who order boots use them for dressing up, everyday wear, or work.  Many of his clients are farmers, ranchers, and rodeo cowboys.  The customer’s intended use of the boot determines the type of sole, heel, welt, leather, and steel shank gauge that Jovel will use.  In the end, Jovel’s ultimate goal comes down to creating the perfect fit, “It doesn’t do any good that a boot is very beautiful, if it’s not going to be comfortable for my customer.”

In 2001, Luis was a master artist in ACTA’s Apprenticeship Program, with apprentice Armando Torres.  Armando has worked as Luis’ apprentice since 1996, learning the arts of custom shoemaking.  Passionate about creating custom footwear, Armando began his studies in footwear and design in New York at the Fashion Institute of Technology in 1995.  After graduating and trying out as an intern with Schwartz & Benjamin, one of the large producers of designer shoe wear, he realized his desires to make footwear was stronger than in designing them.  While living in New York, Armando learned of the cowboy boot exhibit curated by Amy Kitchener, ACTA’s Executive Director, at the Metropolitan Museum in Fresno, his hometown.  He contacted Luis from New York and convinced him to take on an apprentice.  Soon Armando began learning the skills required for making shoes: measuring the foot, pattern making, cutting, sewing, skiving and finishing techniques.  During their apprenticeship, Armando’s knowledge and skills were expanded to include cowboy boot-making. 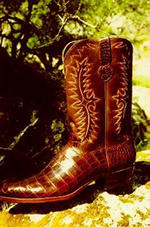 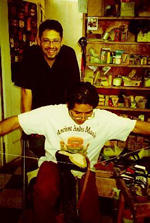