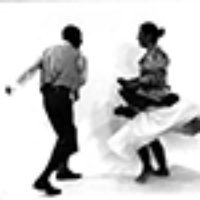 Danced to the sound of the cajón (box drum), the zapateo peruano, with its fancy “hard shoe” footwork reminiscent of Spanish dance and its unique rhythms, is an Afro-Peruvian dance form that is found along the coast of Peru where Africans were brought as slaves beginning in the 16th century.  Starting at eight years of age in “Malambo,” his predominantly black community of Rimac, Peru, José Orlando “Lalo” Izquierdo has achieved recognition for his zapateo abilities and has become a teacher in Peru and other parts of the Americas.

In 2002, as a master artist in ACTA’s Apprenticeship Program, Lalo worked with apprentice Gabriela Shiroma, dance coordinator of De Rompe y Raja, a Peruvian folk dance ensemble in the Bay Area.  Gabriela studied with the master in order to incorporate zapateo techniques into the group’s repertoire. 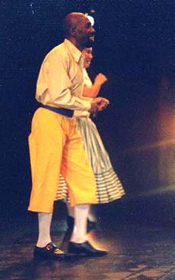 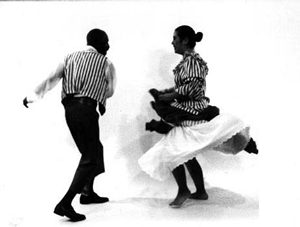