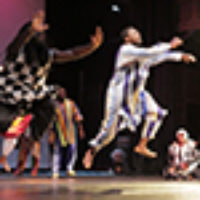 Khaley Adouna African Dance & Drum is a collective of performing artists based in the East San Francisco Bay Area.  It was formed in 2006 by Danielle DeLane to further promote cultural arts in the Bay Area by creating opportunities for independent artists to share their talents with the local community collectively.  This includes performing for audiences and conducting dance and drum workshops, as well as supporting and promoting touring artists and their events while in the Bay Area.  The artists of Khaley Adouna are accomplished African and African American men and women of all shapes, sizes, and ages bringing a diverse range of skill to the stage.

In 2016, a grant from ACTA’s Living Cultures Grants Program will support a series of dance workshops with London-based Senegalese master artist Diene “Waaw Waaw” Sagna.  The workshops will conclude with the Feec Lou Reuye, a community cultural celebration including a performance by workshop participants.

In 2015, Khaley Adouna received support from ACTA’s Living Cultures Grants Program to produce The Celebration of Culture: Senegal!, a performance collaboration featuring an array of dance and drum pieces that celebrate aspects of Senegalese life.  The featured piece, SIMB, an interpretation of a traditional Senegalese tale, was presented alongside dance and drum artistry specific to Baye Fall, Tourcouleur, and Diola cultures.  Khaley Adouna  collaborated with master artists Mbor & Oumou Faye for this production.  The project built upon Khaley Adouna’s 2013 Living Cultures grant.

In 2013, Khaley Adouna received a grant from ACTA’s Living Cultures Grants Program to support the creation and performance of the story of the false lion or SIMB, a traditional Senegalese tale.  A collective of master Senegalese dance artists led by Aziz Faye worked with the talent in Oakland’s vibrant West African cultural arts community to mount this production.  The performance emphasized and highlighted the role of men in this dance tradition. 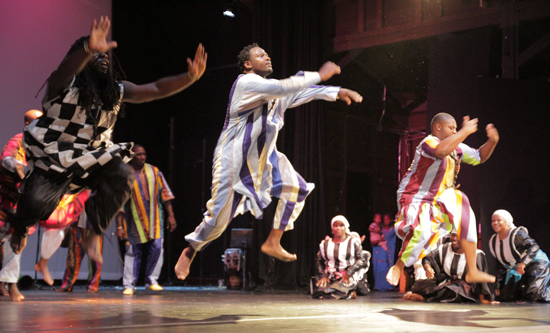