Grupo Folklorico Huaxyacac is folkloric dance group performing the regional dances of Oaxaca, Mexico. The performing group was founded in 1989 by the Regional Organization of Oaxaca which, two years earlier, introduced to California the first Guelagetza celebration which is a well-established and beloved event in their home state. Today this gathering and celebration of Oaxacan dance, music, food, and craft brings together Oaxacan communities (primarily agricultural workers) and is celebrated up and down the State. The performing group was the first one formed in the United States to learn regional dances of the many indigenous peoples of Oaxaca.  Their presence at these celebratory events is in demand.

Promoting and preserving the traditional folk dances of eight regions of Oaxaca, the group is dedicated to acquiring the traditional dress of each region.  The performers are primarily youth however it is not unusual for generations of families to have participated in the company. Based in Los Angeles, they share a practice space with the Korean community.  During harvest season, they can be found practicing twice a week which increases to five days a week  in non-peak times.

As a grantee of ACTA’s Living Cultures Grants Program in 2016, Gupo Folklorico Huaxyacac will receive funding to support the acquisition of costumes from the Papaloapan region and from the Tehauantepec Isthmus. 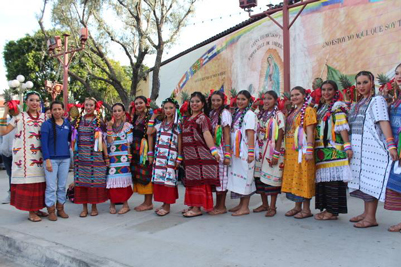 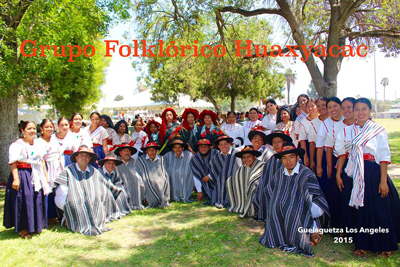