I went to Carol’s house in mid-February so we could work together and get Carol started on her basket. Another goal was to start teaching Carol’s great-nieces (and my great friends!), Anissa and Arianna, to weave so that we’ll have some young Ohlone weavers to carry the tradition after we’re gone. 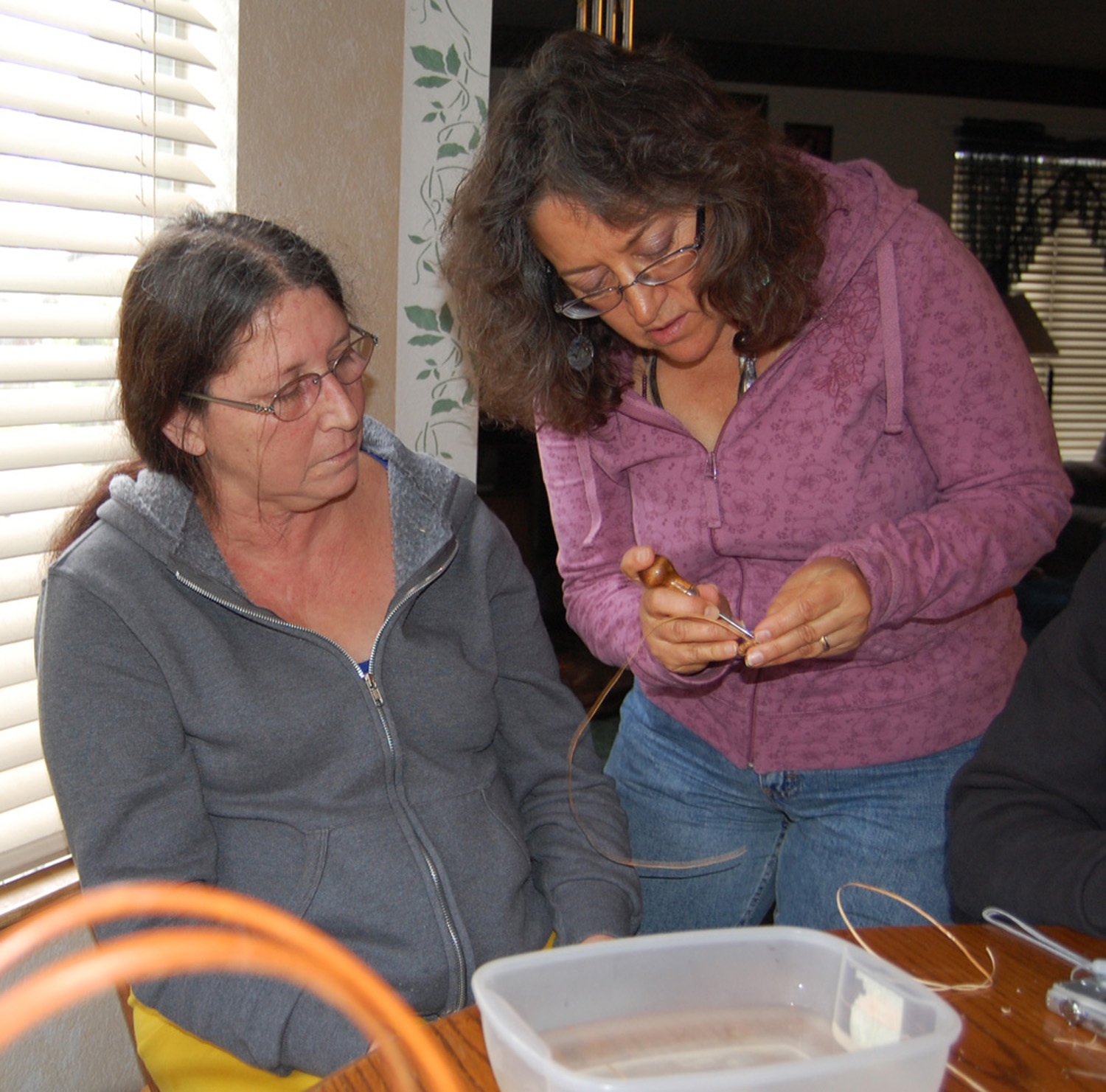 Carol prepared some sedge roots and starting work on the beginning of her coil basket. In future entries, I’ll tell you more about the plants we use in Ohlone basketry and show you how we prepare our roots and willow sticks. But for now, let me just share some photos from our January weaving circle. Our friend Jakki Kehl, who is Mutsun Ohlone and also interested in learning to weave, came to join us for a day.

Because our basketry is very intricate and preparation of the materials is so time-consuming and requires using a knife, I thought it would be good to start the girls out weaving with pine needles and raffia, so they can learn the basics of coiled weaving without worrying about slicing their fingers! Pine needle basketry is also fairly quick, so they can make a basket in a short period of time and still get plenty of experience stitching and shaping the basket’s form. Later I’ll transition them to our traditional weaving materials. 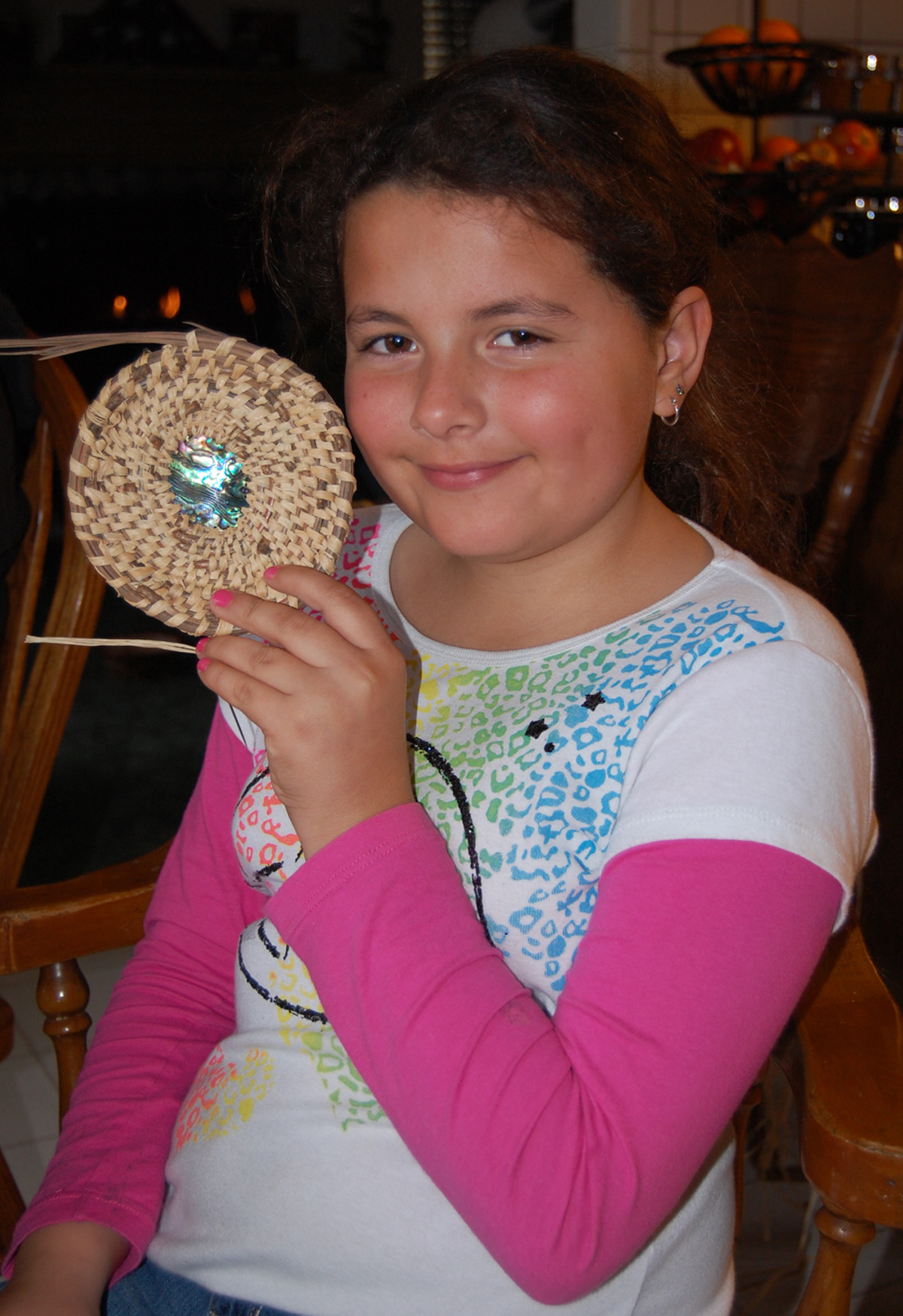 I expected Anissa, who is 15, to catch on quickly but was totally impressed when Arianna, age 10, did the same! To make it easier on the girls with their first basket, I drilled a piece of abalone for the center of each basket. This will also give their baskets a traditional touch, since abalone is important in Ohlone culture. In fact, the word abalone originated from the Monterey Rumsien Ohlone word “aulun,” which means “red abalone.” The Spanish adopted the word in the form of “aulon,” then it later evolved to “aulone” and eventually became the English word “abalone.”

We were all especially proud of Anissa and Arianna’s first basket weaving experience. They both took to it so naturally that we all have high hopes for the future!

I hope you’ll enjoy this peek into our time together …  we look forward to sharing our progress with you over the next months. 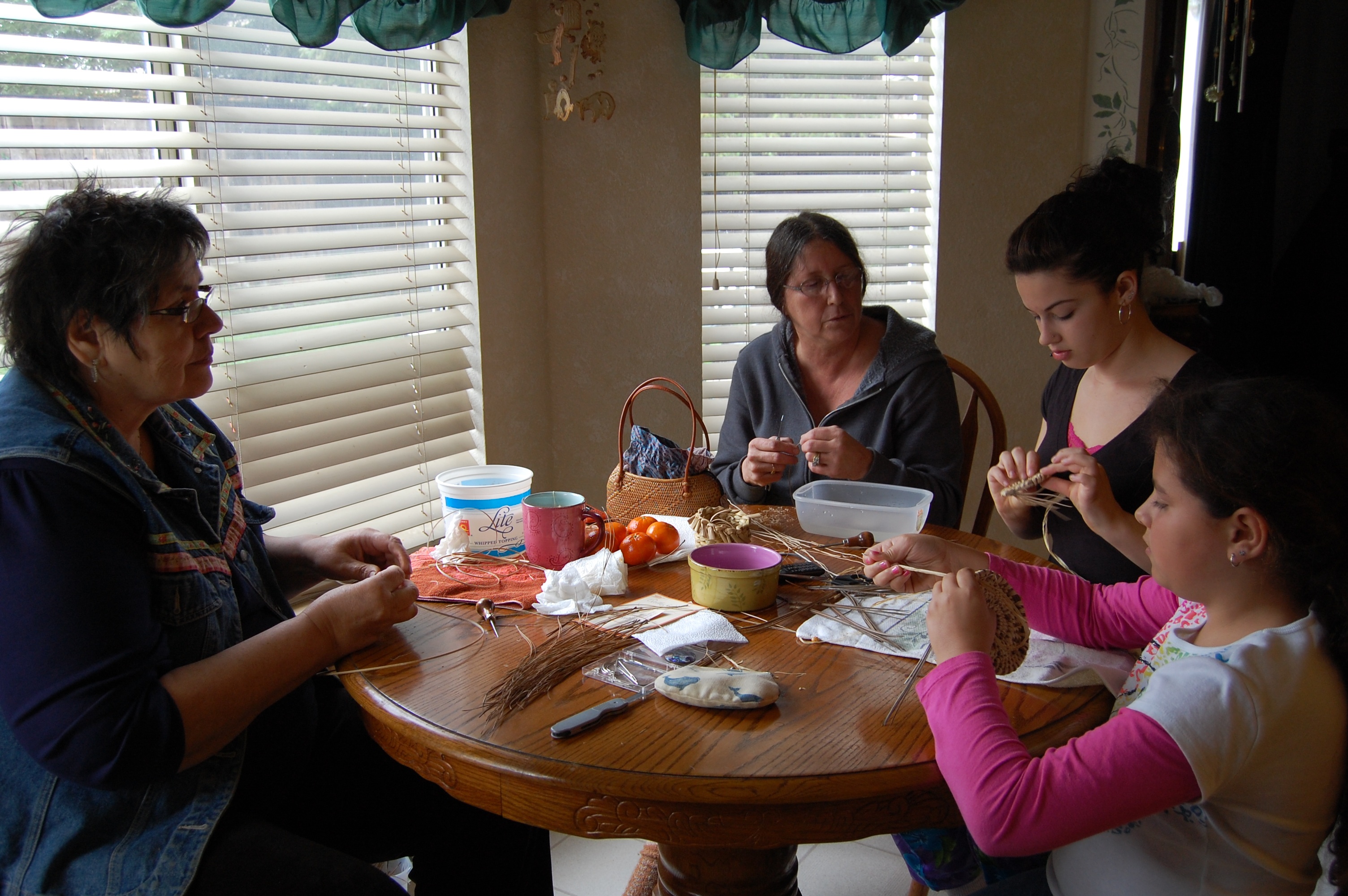