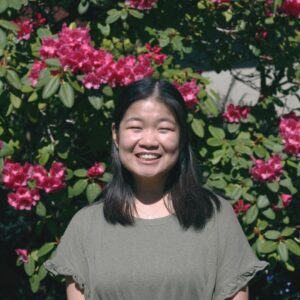 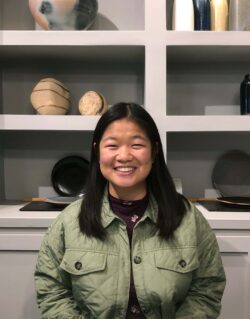 When I was a child, I loved asking my parents and grandparents about their migration stories.

Following the Communist Revolution in China, my father’s family journeyed to Hong Kong (a British colony at the time, in the 1950s), to Canada, to Texas, and to California. My mother’s family, spurred by the same event, traveled to Taiwan, to Brazil, and then to the United States, where they too eventually settled in California. It was here, in Santa Clara County, that I was born and raised, hungry to understand what it means to be Chinese and American while feeling only loosely tethered to both identities. By hearing my family’s stories, I learned which aspects of identity informed by place have remained with us, which we have left behind, and why. I also came to appreciate the sacrifices my family made, and the risks they took, in order for my siblings and I to grow up American.

At the same time, listening to my parents’ and grandparents’ experiences filled me with a passion for stories and cross-cultural understanding which have remained with me into my university years. As an undergraduate student, I developed an interest in anthropology, the study of culture. In pursuing anthropology, I heard of folklore, a similar field which focuses on everyday creative practices shared within communities, particularly those which have been historically marginalized. The concept of folklore resonated deeply with me, and I eventually applied to pursue a Master’s of Arts in Folklore at Memorial University of Newfoundland in Canada. My hope is to someday engage in creating contexts where people can hear one another’s stories and come to appreciate and empathize with each other, just as my family’s stories helped me better understand them.

So, while pursuing my degree, I chose to focus on public sector work: the application of theories from the study of folklore beyond scholarly circles, in everyday life. In my coursework and internships I am learning to support communities in maintaining and sharing their traditions and cultures. As part of my program, I have worked for the past 6 months as the Alliance for California Traditional Arts’ (ACTA) Public Folklore Practices Intern! During this time, I contributed to field scans about regions and cities across the country for the National Endowment for the Arts’ National Folklife Network initiative (NFN). I also assisted with Sounds of California, La Cultura Cura, and a few communications projects. My experiences at ACTA have shown me the importance of relationship-building and improvisation in public folklore work. Additionally, through my internship with ACTA, I have been filled with wonder observing the ways in which artistic and cultural expression connect to identity—both for individuals and communities.

At my university, I studied the ethical need for folklorists to build relationships with the people they research. Working on the NFN helped me see the importance of this in a real-world setting. Through interviews for the project, I heard how investment in communities is essential for building trust and familiarizing with their particular experiences, communication styles, needs, and strengths. Only with intimacy can programming be truly effective and responsive to specific communities. While there were so many interviewees rooted in their communities, some which come to mind from more recent conversations are: Comunidad Maya Pixan Ixim in Omaha, Nebraska; Greenwood Cultural Center in Tulsa, Oklahoma; the Indigenous Community Center in Lawrence, Kansas; and the Iowa Asian Alliance in Des Moines, Iowa. Each of these are born out of and deeply embedded within the communities they serve; thus, each has been able to take vast strides toward the empowerment of the people they love. I believe that public folklorists have much to learn about what it means to impactfully advance community well-being from what has been achieved by organizations such as these.

Through my internship with ACTA, I have been filled with wonder observing the ways in which artistic and cultural expression connect to identity—both for individuals and communities.

Another lesson from my university is that nothing ever goes exactly to plan; improvisation and flexibility are important and even beneficial in public folklore. During NFN interviews, my colleagues and I always had lists of questions prepared, but we often set them aside to follow conversations where interviewees led them. By doing so, we gained richer insights into topics which we would not have known to explore had we remained rigid in what we asked. For example, in many interviews for the NFN where we spoke with groups of cultural organizers, ACTA Program Manager Lily Kharrazi would listen carefully to each interviewee and then ask a single question which would link all of their insights. “I noticed a theme in what all of you are saying,” she would start, and then ask something such as: “What does having a safe space to gather mean for your communities?” Her questions arose so organically from the interviews; they were unplanned, and they always helped the ACTA team better understand the social conditions in which our interviewees were operating. I also observed the benefits of improvisation while acting as Zoom technician during La Cultura Cura, when both I and a teaching artist lost internet connection for a moment. Though I was nervous, my supervisor, ACTA Program Manager Betty Marín, was unphased. She quickly took over my role and provided visuals for that week’s cultural workshop. I hope I can bring Lily’s insightful listening and Betty’s cool-headed improvisation with me into future projects.

Finally, my internship with ACTA has grown my awe of how creative and cultural expressions work upon people and communities. One of my projects was inventorying media files from Sounds of California: Bayview (2018) and identifying themes attached to them, in preparation for the incorporation of the project into ACTA’s new Sounds of California microsite. I had the pleasure of reviewing audio and photographs from the Sounds of California in Bayview Concert, held in the historic Bayview Opera House of Bayview Hunters Point, San Francisco. The event featured Rhodessa Jones as host; visual art by Malik Seneferu; a film about the history of the neighborhood by Tumani Onabiyi; and performances by San Francisco-based musicians: Omnira Institute’s Awon Ohun Omnira Choir; Au Co Vietnamese Cultural Center’s youth ensemble; mother-daughter duo Özden Öztoprak and Isik Berfin; and La Familia Peña-Govea, accompanied by Miguel Govea’s band students from Abraham Lincoln High School. The artists and performers demonstrated and discussed the beauty of diverse cultures: African American, West African, Vietnamese-American, Alevi-Kurdish, Chicanx, and Latinx more broadly. I also watched videos of interviews organized by Lily Kharrazi, Malik Seneferu, and Tumani Onabiyi, featuring nine residents of Bayview Hunters Point. The nine interviewees shared their memories of growing up in the historically Black neighborhood; their love for the visual art, martial arts, music, and sounds which permeate it; and their perspectives on changes experienced by the community due to gentrification.

As I watched and listened to media from Sounds of California: Bayview, I was struck by how both the performers and the interviewees described the impact of arts and culture upon their lives and identities. From songs to double dutch rhymes, and from jiu jitsu to murals, creative expressions are a link to people and places which transcends generations, carrying home and family across time and space. These cultural practices convey a person or a community’s true identity; thus, they are vessels for recreating, reclaiming, reshaping, and healing identity. And, by uncovering the true beauty and humanity of individuals and communities, arts and culture unify. They facilitate embracing others, whether that be nurturing admiration for unfamiliar traditions or building family out of a neighborhood. Even just hearing the interviewees’ and performers’ words, which to me are a form of cultural expression, I am filled with gratitude for the gift of them: a bit of each person’s self, grown out of time and places both near and far.

From songs to double dutch rhymes, and from jiu jitsu to murals, creative expressions are a link to people and places which transcends generations, carrying home and family across time and space.

I have a few more closing thoughts. I am thankful to have had the chance to work with ACTA’s staff, which is packed with insightful and caring people, dedicated to serving the communities around them. I am also grateful for the opportunities I had to learn from leaders in the folk and traditional arts sector throughout the United States, who are engaged in this same good work, with the same drive and heart for people and justice. I’ve been filled with the reassurance that incredible efforts are currently being made to support the array of communities and traditions thriving throughout California and the rest of the country. I have loved the past six months, and I am looking forward to seeing what ACTA does next. For now, I’m preparing for a flight northeast and a return to coursework. I will carry all that I have learned from ACTA about identity, intimacy, and improvisation with me, to my final semester and beyond. 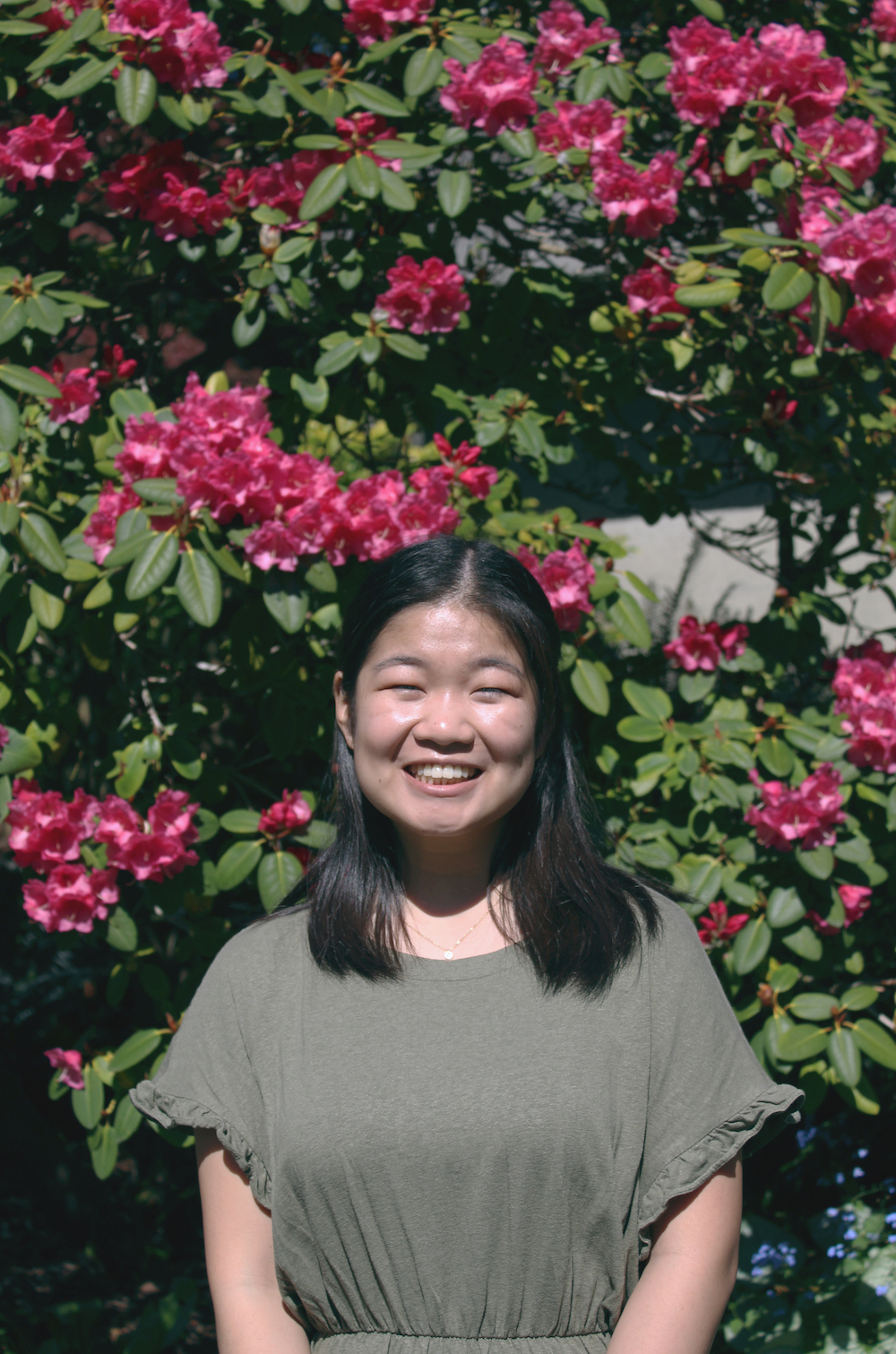 Emma Kwok (she/her) is a Master’s of Arts in Folklore candidate at Memorial University of Newfoundland (MUN) in Newfoundland and Labrador, Canada. She has a bachelor’s degree in Media Studies and a minor in Anthropology from the University of British Columbia in Vancouver. While she has lived in Canada for much of the past five years, she was raised in Campbell, California. There, she spent her childhood begging her grandparents and parents for stories about their lives before they settled in the Bay Area. These same stories of journeys across the world sparked her interest in oral histories and culture across borders and generations, which in turn led her to MUN and to ACTA. When not chatting with her grandparents, she can be found reading, drawing, taking long walks, and staring at trees. 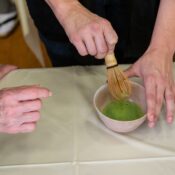 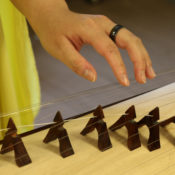 A research and community engagement project that explores music and soundscapes as vital expressions of collective experience
June 17, 2019
View All Programs