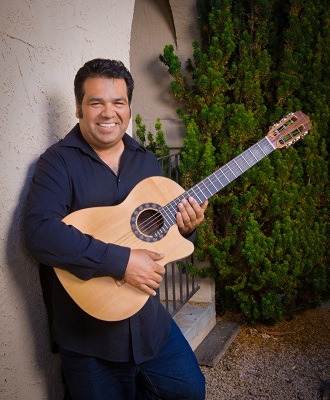 2012 Fellows.  United States Artists, a national grantmaking and advocacy organization, honors 50 of America’s finest artists each year with a $50,000 individual fellowship award through its Fellowship Program.

Eugene Rodriguez has played a pioneering role in the revival of Mexican folk music in California.  In 1989, Rodriguez formed the youth group Los Cenzontles as a way to teach traditional Mexican music and dance to area youth, and the band has toured nationwide and internationally.  In 1994, Rodriguez produced the group’s recording of Papa’s Dream with Los Lobos and Lalo Guerrero, which was nominated for a Grammy for Best Musical Album for Children in 1995.  Rodriguez has produced 20 CDs for Los Cenzontles, and he has also worked with musicians such as Ry Cooder and Linda Ronstadt, as well as Mexican and Mexican American folk masters.  Los Cenzontles has received support from ACTA’s Living Cultures Grants Program and ACTA’s Development Program.