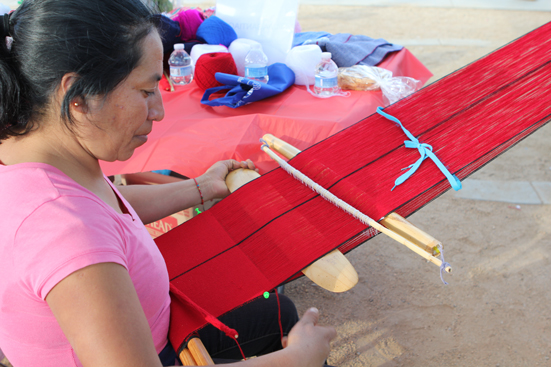 The California Endowment’s Building Healthy Communities (BHC) initiative (a 10-year initiative launched in 2010 to support the development of 14 targeted communities throughout California) to identify, create an inventory, and activate cultural assets.

In 2011, ACTA began the implementation of the Activating Cultural Assets Pilot Project (ACCAPP) in four of the BHC communities: Boyle Heights, Eastern Coachella Valley, Merced, and Santa Ana. ACCAPP used the participatory cultural asset mapping methodology to identify and mobilize community cultural resources to create a shared vision of community well-being.  Community members recognized arts & cultural assets as central resources essential to health and sustainability. For this pilot project, cultural assets were defined as “cultural treasures” or “the people, groups, places and events that reflect cultural expressions that are valued by the community.”

To conduct this participatory cultural asset mapping process, ACTA established a local taskforce in each of the four selected BHC sites. Each task force included representatives of local nonprofit organizations that have participated in the BHC initiative, organizations with experience in social and cultural organizing, and local residents engaged in arts and culture. Using a short bilingual questionnaire, these enthusiastic leaders asked their communities what is culturally significant about where they live and what makes their communities special. The questionnaire also served as a self-reflective device for respondents to consider themselves as a cultural asset based on their own cultural practices and traditions.

An amazing list of over 500 cultural treasures was compiled! Parks, schools, churches, theaters, restaurants, community centers, specialty stores and a variety of community landmarks had a significant representation in the four communities. Equally important was the identification of numerous individuals with special skills in music, dance, materials arts and preparation of traditional food. However, what was more interesting and surprising was the fact that the respondents broadened the notion of cultural assets beyond the “people, places, organizations/groups, and events” typology that was suggested in the original questionnaire. To acknowledge these assets, ACTA added to the inventory of cultural treasures the “General Cultural Treasures” category to group expressions such as collective practices (e.g. Hmong language and traditional clothing in Merced, the use of Spanish language in Santa Ana) and socio-demographic and geographic characteristics that were identified as cultural assets of certain communities (e.g. the heat in Coachella, the sunset in Boyle Heights, the Mexican immigrants in Santa Ana).