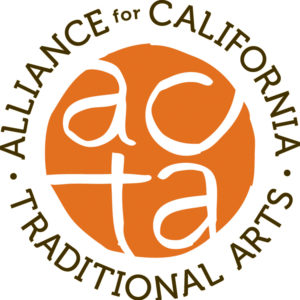 This year, the Alliance for California Traditional Arts is awarding $205,000 to 41 organizations to support folk and traditional arts.

Since 2005, the Living Cultures grants have supported over 700 community-based projects, with $3.8 million in funding across 50 counties in California. This year’s cohort represents a diverse array of cultural communities and their respective artistic forms of knowledge. We’re proud to promote them all, from African American storytelling in Los Angeles deployed by way of the creation of miniature historical scenes to the movement of Aztec dancers celebrating the corn harvest ceremony in Lincoln, Sacramento County. Read about the grantee organizations and their cultural practices below.

The organization will expand the museum’s collection by purchasing materials, conducting researching, and creating and presenting 15 new dioramas.

The organization will continue its after school program for children: teaching dance and drum rhythms from Haiti, Congo and Senegal, and adding African and hip hop fusion dance.

For their biennial multidisciplinary festival of urban African arts and culture, the organization will explore modes of transport as a conduit of citizenship, specifically through the themes of belonging, mobility, and access.

The Foundation will use the grant to research and teach the cultural history surrounding Kuruk mourning practices.

The Nation will organize a women’s regalia-making workshop for tribal members that will take place at the Miwu Mati Family Healing Center beginning in April 2020.

The organization will once more offer their S.A.U.C.E. program, which incorporates traditional Southeast Asian culinary arts with traditional storytelling.

Funding will help cover artist fees and related costs for tradition-bearers from Virginia and North Carolina who exemplify the highest standards of Southern old-time music.

The organization will reprise Sovan Macha, a classic Cambodian dance, inviting performing artists from other communities to collaborate in a contemporary production.

The community will pursue a project that provides education and training in traditional music and Andean cultures over the course of six months to people with Andean ancestry as well as others in the community.

The organization will present the work of choreographers and performers active in the traditional dance and music of Cuba, the Caribbean and African diaspora at its annual festival.

Oakland
Back to the Root: Somatics of African Rooted Dance

Funding will be used to support the organization’s new three-day event that will specifically explore African diaspora dances that utilize the spine and pelvis in an effort to understand the deeper meaning of the techniques themselves.

The organization will present an Afro-Peruvian music and dance program for the Bay Area with the purpose to unite, make visible, and educate the community.

The organization will celebrate its anniversary with a calendar of community events and gala performances that highlight the best of the company’s work over the past four decades.

The grant will support the creation of new costumes locally and a custom boot order made by a master craftsman from Hungary, all of which will be premiered in a new choreography in May at the Hungarian Heritage Festival in Belmont, CA.

The grant will support the fourth annual three-day conference in Santa Cruz that will feature master artists in traditional dance, drum, and song, from Congo, Haiti, Guinea, and Senegal.

Funds will once more contribute to collaboration and dialogue at the festival, which reaches deep into Los Angeles’ Mexican, Japanese, and African American communities and engages people of all ages and backgrounds through traditional participatory arts.

The grant will also support a series of eight Islamic arts summer classes for Muslim youth, as well as two separate intergenerational workshops focused on Arabic calligraphy and geometric patterns.

The organization will create an eight-week program for community members in Sacramento to continue to learn about various Hmong cultural arts and participate in performances as well.

The organization will create a series of educational workshops that center around the distinct musical landscape of the Mission district of San Francisco, long known for its rich Latin American presence.

The organization will create traditional Jamaican Jonkanoo costumes to be used in performance and displayed at public events in an effort to showcase Jonkanoo (also known as John Canoe or Jonkunnu), a masquerade tradition developed by enslaved Africans of the Caribbean.

The grant will support the production of the annual one-day festival featuring Japanese culture—both traditional and contemporary—through the arts, crafts, food, historic presentations, demonstrations, and performances.

The Luau will feature students and entertainers from the Polynesian community showcasing songs and dances from Hawaii, Samoa, Tahiti, and Aotearoha. Leading up to it, the project involves months of classroom preparation as students will learn the history, language, music, and dances to be presented.

The grant will aid in creating twelve participatory workshops in East European Jewish culture (Yiddish culture) around the San Francisco Bay Area: eight for instrumentalists, two for dancers, and two for singers.

The organization will provide weekly culture classes offered at the Lao Dhamma Sacca Temple in Fresno each week—essential in the preservation of traditional Lao music and dance, which in turn can help educate the larger community about the Lao history and culture.

Artistic Director Brian Batugo, in collaboration with Herna Cruz-Louie and her students at the American Center of Philippine Arts, will develop another year of the musical Academy.

The organization will produce and present a full gala highlighting the traditional Pangalay dance from the southern Philippines.

The organization will revive and disseminate traditional Oaxacan music in Los Angeles, offering a friendly learning alternative tied to the traditions of the ethnic groups from state of Oaxaca (Zapotecos, Mixtecos, Chinantecos, Mixe, etc.) through free public concerts.

The grant will support a gathering of regional Aztecan dance groups to celebrate the fall harvest through traditional music, dance, regalia and food.

The sponsored event includes the annual celebration of the anniversary of the construction of the Panama Canal with a specialized dance, song, and drum workshop that showcases Panamanian folklore and Afro Panamanian traditions.

The grant will help expand the annual event to include, among other things, an increase in the number of community workshops, a new historical educational component, and an increase the amount of visual and performing arts.

The organization will offer their multi-day festival featuring master artists from Haiti and the United States that will engage students, artists, scholars, and community leaders; classes include keynote lectures on cultural history, dance, song and drum technique, and Kreyol language.

The grant will support the festival, which aims to bring together solo tabla performance along with its age-old repertoire of original compositions which date back to the 16th century, and the oral tradition of ancient rhythmic shlokas (poetry).

The organization will offer weekly, 90-minute African Drumming and Dance workshops at Kaos Network in Leimert Park, in addition to their annual Dununba Summer Festival in Leimert Park.

The organization will introduce this new community arts program which includes a series of African Brasilian public dance and drum classes, workshops, performances, community appearances and processions throughout East and West Oakland.

This anniversary concert celebrates on of the organization’s late founders, Ravi Shankar, and his continuing legacy in classical Indian music. It will feature Swapan Chaudhuri on the tabla, an artist who played with Pandit Shankar for many years, as well as Niladhri Kumar a young musician who has been influenced by his work.

Umoja Ensemble of the Inland Empire

The funds will support the organization’s weekend of workshops in West African Drum and Dance, film screenings, a showcase, and invitational competition.

The organization will host the concert in December, which will help preserve an important part of Bulgarian traditional dances and help children to improve their native language in the context of traditional Bulgarian art.

The grant will be used to showcase a flagship program that features amateur dancers who have qualified through an arangetram, a two hour-solo performance.

The Living Cultures Grants Program is supported by the Walter & Elise Haas Fund, The Flora & William Hewlett Foundation, and the Surdna Foundation, with additional support from the California Arts Council and the Los Angeles County Board of Supervisors through the Los Angeles Department of Arts and Culture.