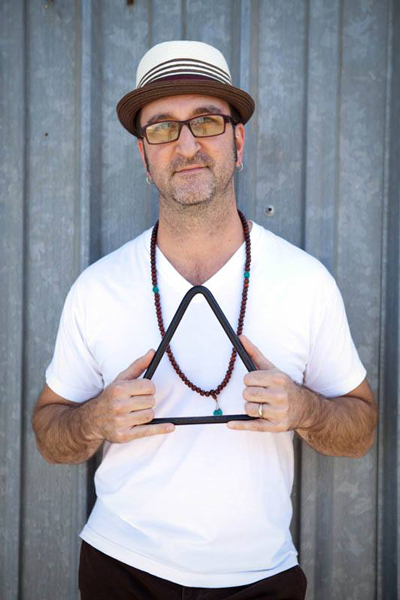 ACTA is excited to introduce its newest staff member Beto González.  Coming to ACTA with almost 20 years of experience in the performing arts in Los Angeles, Beto is an experienced musician, producer, and ethnomusicologist specializing in the traditional music of Brazil and the African Diaspora in Latin America.  As a Program Specialist based in ACTA’s Los Angeles office, Beto will be working on ACTA’s Building Healthy Communities and Promise Zone Arts initiatives, which are focused on documenting local cultural treasures and engaging the local community and treasures in policy change in communities across Southern California.  He will also be involved in administering ACTA’s on-going services, programs, and technical assistance in the Southern California region, working closely with ACTA’s Southern California Project Manager Quetzal Flores.

A first-generation American, Beto was born in New York to Brazilian immigrants who then raised him in São Paulo before relocating to Los Angeles.  He is a multi-instrumentalist, vocalist, and bandleader and is the founder and artistic director of Samba Society, a collective of musicians from the Brazilian community of Southern California. He also performs regularly with MôForró, another Brazilian group that performs traditional and original music inspired by forró, the accordion-driven dance music from northeast Brazil.  In 2011, Beto participated in ACTA’s Apprenticeship Program under his capoeira teacher Mestre Amen Santo. The apprenticeship focused specifically on Afro-Brazilian Candomblé drumming and learning the vast repertoire of sacred rhythms.

Beto holds Masters degrees in both Latin American Studies and Ethnomusicology from UCLA, is a Fulbright scholar, and is fluent in both Portuguese and Spanish.  Prior to joining the ACTA team, Beto worked for a number of performing arts organizations including the Carpenter Performing Arts Center, Viver Brasil Dance Company, and Levitt Pavilions of Greater Los Angeles and Pasadena. He is also a member of the Board of Directors of Inglewood Cultural Arts.